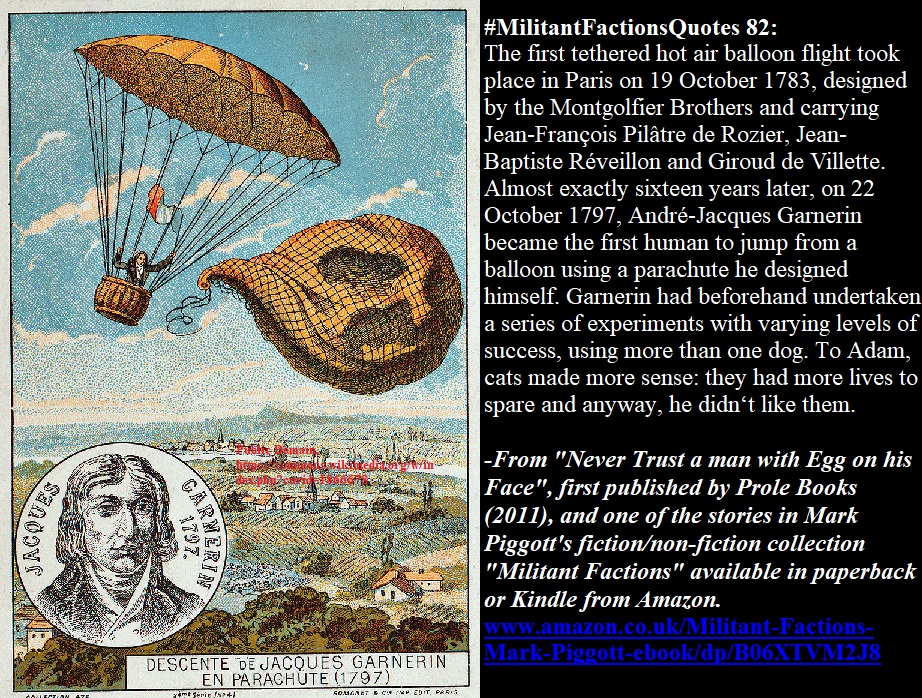 The first tethered hot air balloon flight took place in Paris on 19 October 1783, designed by the Montgolfier Brothers and carrying Jean-François Pilâtre de Rozier, Jean-Baptiste Réveillon and Giroud de Villette. Almost exactly sixteen years later, on 22 October 1797, André-Jacques Garnerin became the first human to jump from a balloon using a parachute he designed himself. Garnerin had beforehand undertaken a series of experiments with varying levels of success, using more than one dog. To Adam, cats made more sense: they had more lives to spare and anyway, he didn‘t like them.

-From "Never Trust a man with Egg on his Face", first published by Prole Books (2011), and one of the stories in Mark Piggott's fiction/non-fiction collection "Militant Factions" available in paperback or Kindle from Amazon.