#MilitantFactionsQuotes 75: Even the books he'd read on Colditz escapees offered few clues on where to hide earth 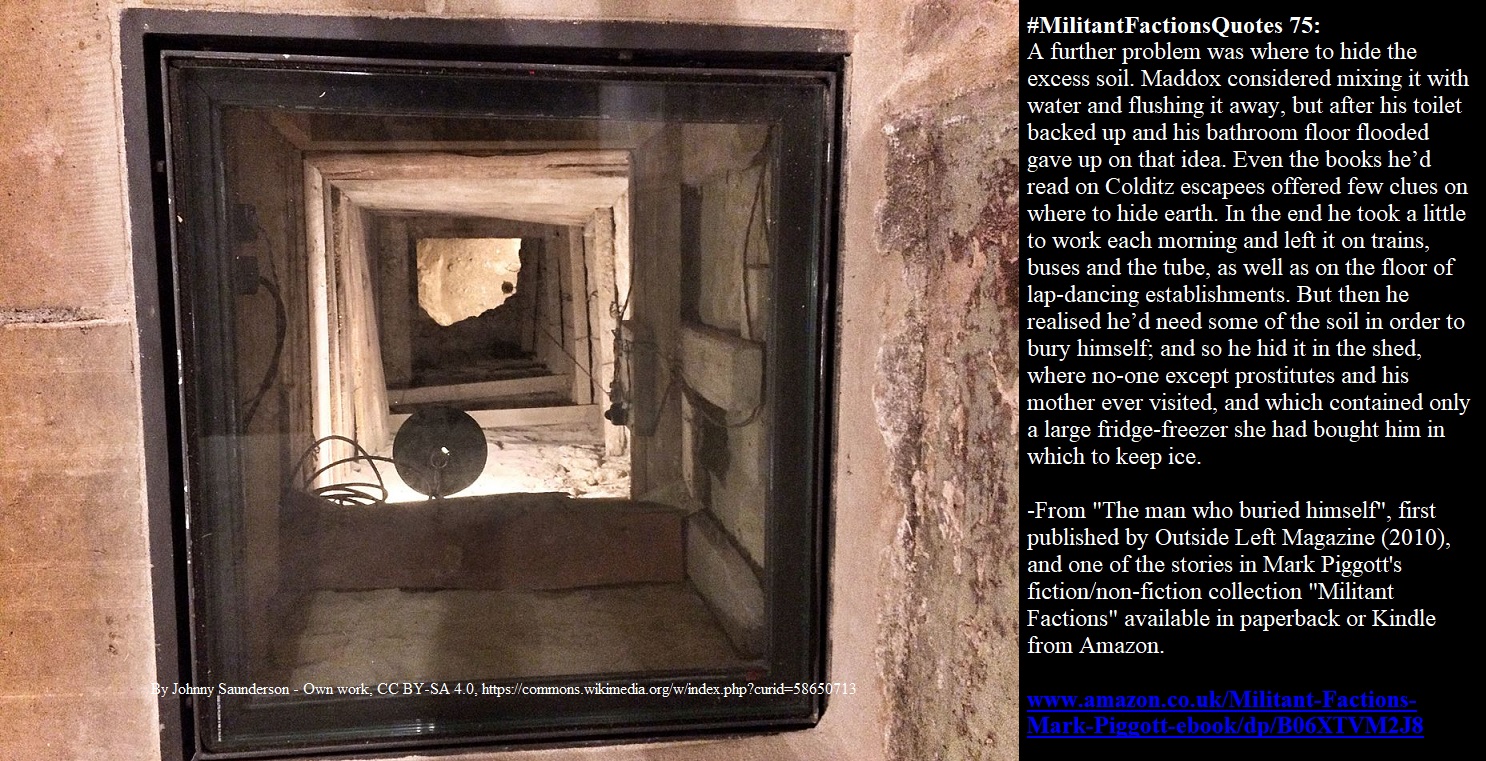 A further problem was where to hide the excess soil. Maddox considered mixing it with water and flushing it away, but after his toilet backed up and his bathroom floor flooded gave up on that idea. Even the books he’d read on Colditz escapees offered few clues on where to hide earth. In the end he took a little to work each morning and left it on trains, buses and the tube, as well as on the floor of lap-dancing establishments. But then he realised he’d need some of the soil in order to bury himself; and so he hid it in the shed, where no-one except prostitutes and his mother ever visited, and which contained only a large fridge-freezer she had bought him in which to keep ice.

-From "The man who buried himself", first published by Outside Left Magazine (2010), and one of the stories in Mark Piggott's fiction/non-fiction collection "Militant Factions" available in paperback or Kindle from Amazon.